Séafra: The first thing I would like to ask is who are the CCs, but I guess we have some breaking news, that you lost a band mate, before we get into anything else, can you comment on that?

Ayres: Yeah we let our singer/lead guitarist go.. not for any other reason than, he just wasn’t making it a priority.. but that’s not a big deal.. we are trying people out already and things look good so far… as far as who we are.. I started Charm City Saints as a side project when i was still in the *Mobtown Hooligan*s…there was talk of the Hooligans breaking up, so i wanted to make sure i still had an outlet… so I started to get intouch with people who were on the same page that i was with music and in life in general..

I know i wanted to keep the Celtic punk thing going so i talked to Piper Mike and Dave (hooligans bass player) and they were down for the Saints.. Damon and i were in a band back in the 90’s called *NEXT STEP UP*… after he left *MADBALL *and moved back to Baltimore he wasn’t really playing much.. he is such a good drummer, talent like that shouldn’t be wasted… we had talked on occasion about hanging out and watching the Ravens play now and them… so i asked him if he would be interested in the Saints… it didn’t take much to convince him.. punk with bagpipes… how could anyone say no… Sej was playing lead in a friend of mines band called *UNDER THE GUN*(who changed their name to *NO CLASS HEROES*), Sej was going to try out for singing.. but i kinda talked him into doing both.. and it worked well (for as long as it did..).

A couple months in Dave started to flake out.. and just pull alot of dick moves, by not showing up for practice and shit like that.. I am too old to deal with stupid bullshit, so we all took a vote and told him it would be better if he wasn’t playing with us anymore.. lucky for us my buddy Jim (who was the Hooligans first bass player) was having some issues with his band *SAMADHI. *

I asked him if he wanted to fill in until we found someone, and he said he would do it full time.. things were good for 6 months, then Sej moved to east bumfuck, and got involved with some chick… things were not working, he was missing practice, not calling anyone… we put up with it for awhile.. but after 5-6 weeks of this shit, we all sat down and talked about what we were going to do… we came to the resolution of having to look for a new singer and guitar player.. it really sucked.. Sej is a good guy, great guitar player.. and there were no bs other than the commitment or lack there of… so now the search for new members…UGH!

Séafra: So can you give use any info on if some new is already in the works? Any full time spots filled so to speak?

Ayres: yeah, we have had alot of people try out for both vocals and guitar… but just haven’t found the right person yet for vocals, the lead guitar position was filled by a Kevin.. he came out at the end of Sept. and we were really happy with what he brought to our sound.. vocals… that’s another story..

Séafra: I see you have a piper and one would think, maybe a hardcore Irish band, however the sound is pretty unique and different, almost as saying like having a banjo in a hip hop group, but it works. How would you describe it? street, a little bit of Irish touch, or just doing your own thing?

Ayres: hmm… we are a punk rock band plain and simple… the bagpipe is thought of just like any other instrument… we are not trying to be another pogues.. and one would think that punks and skins playing punk rock with bagpipes would sound like DKM… but we really don’t we just do our thing.. if people like it cool, if not.. toss off..

Ayres: Lots of midgets in bondage gear…. lots of S&M…a lot of S&M… oh yeah farm animals… you know goats and sheep… I don’t know… I guess like any other show.. a bunch of drunk people singing and dancing… having a good time.. we have some video clips on our site if you really want to see what goes on…

Séafra: So would it be the same as playing in a room with 30 as if 400 people? With panties flying and all?

Ayres: The only panties flying are jim… er wait… Piper Mike wears the “skirt” on stage so maybe they are his… honestly… I pretty much zone out when i play.. so it really doesn’t matter to me how many people are there.. we have played shows with like 20 kids, and they have been some of the better shows.. as long as people are having a good time it doesn’t matter if it’s 30, 300 or 3000…

Séafra: What’s next for you guys? Will we soon see an album for sale on the CCS website? (please say yes)

Ayres: As soon as we nail down a solid line up, we are going to go into the studio… that is the one question everyone asks all the time… so before we get out and start playing alot again, we need to get a disc out.. i don’t know if it will be an ep or a full length, but you should see something soon…

Séafra: Well everyone at Irish Punk would like to give thanks for you taking the time to answer these question. Anything else youd like to add?

Ayres: Just a big thanks to Jeff, and everyone at the Irish Punk site and Forum, Rum, IRA32, Jack OF Jill, Jimmy, and all the others.. feel free to join our mailing list.. all the mailing list members get free shit from time to time.. i am a big fan of giving free shit out.. so by being on the mailing list you got a good chance of getting unreleased stuff, stickers, pins ect..ect.. we also have a yahoo group and a message board (that our good friend & streetteam member Adam set up for us). They are good ways to stay updated with the band.

Also I run a record company called Workers United Records, which is home to bands like the Mobtown Hooligans, Big Daddy Chrome, DUI, and of course the Charm City Saints..I just want to say support your local music scene.. with you there is not going to be a scene.. start a band, or a zine or a promotion company, start booking shows anything… and I just want to send shout outs and all my friends in the following Big Daddy Chrome, DUI, The Screws, Full Minute Of Mercury, the Slumlords, Fighting Chance, The Gamma Rays, The Skels, Pubcrawlers, The Twats, Strong Intentions, Never Enough, Chi, VPR, Latchkey, Bleeder Resistor, Maddog Surrender, Weekend Warriors, Maninblack, Hell To Pay, Stout, EK 77, Loser & Kings, Hudson Falcons, The Ruffians, Sharky Doyles, Babies With Rabies, Wake Up Cold 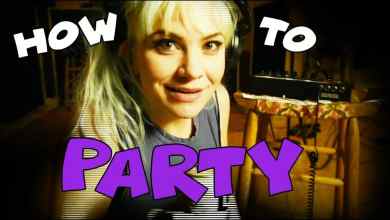 An Interview And Video Premiere With The Dollyrots 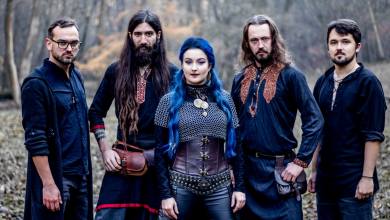 Ariadne’s Thread Talks About The Start Of Their Journey 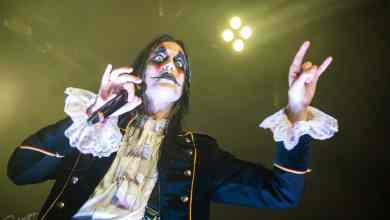 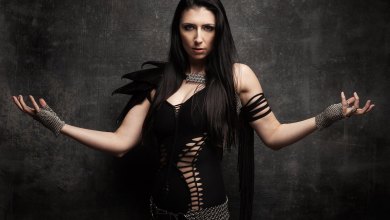