Dutch symphonic metal legends Within Temptation have been quite busy as of late. The band recently held an impressive virtual reality stream event, which was unlike anything we’ve seen before. Along with ‘The Aftermath – A Show In A Virtual Reality,’ the band has also released a brand new single, ‘Shed My Skin,” featuring German metalcore act, Annisokay. I caught up with frontwoman Sharon Den Adel, to talk about the recent stream, the new single, and what the band has planned in terms of a new album, and going on tour.

Thanks for speaking with me, Sharon. You’re coming off the release of your event, ‘The Aftermath, A Show In Virtual Reality’, which has been getting a lot of praise. How have you felt about the feedback you’ve been received?

A lot of fans seemed to have liked it. The technology is something new. It’s only the tip of the iceberg that we touched. And it looks a little bit like a game crossed with a music video. It being a show, it did not look as flashy as, say, some of our music videos. Which most people understood, but some didn’t. It’s a new technology after all .I was really happy to see that a lot of people did get the idea behind it, and how we made the show.

The show had to be postponed briefly, and during the filming, did you encounter many technical hurdles?

It was something that we were afraid of that might happen. That was also why the show was prerecorded because we didn’t want to have the show stopped halfway because the data might not have been managed. So that’s why we prerecorded it.

But we still had a lot of technical difficulties because we are pioneering here. After all, it’s a new program. Everybody does it in their own way, and it’s only been out recently. There’s only one other, a Dutch dance event, who did it the way we did as well. And because of so many multi-cameras and all this imagery that’s behind them to canalize the data, it’s a big process. And when something goes wrong, you have to start over again. So there are a lot of technical things that can go wrong, and it takes a lot of time to process.

Fans like to try and immerse themselves as much as they can into streamed content because live shows are something that we all missed, and we miss the feeling of being there. But how difficult is it as a performer to get some of those feelings when there’s no audience to feed off of, and you’re surrounded by green screens?

It’s difficult because you have to really imagine the audience there. But we did have the crew there trying to get me into that vibe, applauding and stuff like that. But it of course, it’s different. I also knew that I had to do it in a very short amount of time. We did it in one day, like the recordings of everyone and all band members.

So it was like, okay, you have one shot, and you better do it well, and immediately go into that vibe as if you are on stage. So you really have to use your imagination a little bit. But I was really happy that people would be watching this, and keeping that in mind is what got me through it.

Something the band is notorious for is performing with these elaborate stage setups, beautiful wardrobes, and stunning visuals. How important was the storytelling aspect of the show, and who came up with the idea of the post-apocalyptic theme?

Robert was really working on that, and I worked with it as well. We’ve seen so many doomsday kind of films over the years. These big, epic movies and stuff. So that was the inspiration, especially coming from a pandemic and talking about where is the world going, and how we living in it.

There was the inspiration from that. It’s something that’s an ongoing process. We also have the Silent Force album; we were inspired very much by that theme, especially because a lot of things were happening in the world at that time as well, as it is now.

How did you go about choosing a setlist for this show? Of course, there was new material, but did you select songs on storytelling aspects to match the overall apocalyptic theme?

Yes, that’s the case because we felt like if you’re telling a story, you need to find the right songs to back it up and give that atmosphere. It also helped that we’ve also had a lot of songs in the past touching this theme. I think it’s also nice for the ones who bought a tickets to see some older songs. Songs that we haven’t played for a long time, like for instance, ‘Forsaken’, which is really an old and golden song from the Silent Force album.

Fans were greeted with many surprises and big moments, but personally for you, what was your favorite moment from the show? And what song did you enjoy playing the most?

The song that registers for me is ‘Shed My Skin”. For the vocal nerd that I am, it’s nice to go from really high to really low. And it’s a real challenge for a singer. So I was really happy to put that song in the setlist.

And very well done too! It was great to see Tarja again; what was it like working with her and getting her to make an appearance for the event?

I’ve always had contact with her throughout the year, and it’s always great, but this time it was not face-to-face. We had a camera crew go to Spain so she could be recorded there. She was very busy with a lot of other stuff as well. So that was the best way to record her live.

Speaking of collaborations, your most recent single, which we’ve talked about, ‘Shed My Skin,’ has a bit of a metalcore twist, and you appropriately collaborated with metalcore act, Annisokay for the song. How did the collaboration come about? And did you specifically write this song for the collaboration?

It’s more that we are always interested in bands who are new and who bring a new sound to the scene. This was a sound we’ve never noticed before. Not for Annisokay, but the metalcore scene was just something that we didn’t listen to much. So for us, it was kind of a new sound with a new vibe, and one of the bands that we like was Annisokay.

And we felt like, okay, let’s approach them and see if they are interested in doing a song with us. And we had already written it. Everything was finished, but they were able to do their own interpretation, but they stayed close to what we had written. It was really fun to work with them.

So we wrote the music and thought it would be cool to approach a band that comes from that scene. And they were our favorites, so we called them and they were really cool and very down to earth and easy people to work with. So yeah, I was happy to meet them and work with them.

Do you enjoy working with other styles of metal and sub-genres, and do you think you’ll do more in the future?

We’ve always done that throughout the years. I think we’re a typical kind of band who likes orchestras and epic kinds of sounds. Throughout our career, we have worked with so many different people. Mina Caputo of Life of Agony, Papa Roach, and some Polish artists. It’s not always people that everybody knows. Sometimes it’s a singer-songwriter, sometimes it’s from totally different kinds of genres that people would not expect from us. But it’s just that some people you really admire or a style that you think is so beautiful that you want to integrate it into your own music. And we’ve always done that in our own way.

Do you plan on releasing any more new music this year, and when can we expect a new album?

We are planning to do maybe one more song this year if things turn out the way we want them to. And, hopefully, at the end of next year, we have a new album out, so we’re working hard trying to manage everything that we have in mind and trying to release new singles every few months. That’s a new idea that we want to try, releasing a new song every three or four months. And so far, we have managed to do that. We’ll see if we can keep it up. You also need to have the right inspiration, of course, to write new stuff.

Are there any shows that you’ll be playing during the festival season?

We’re going to Finland next week, so I’m looking forward to that stuff first, and it’s the only summer festival this year, unfortunately. We also have one in October, which is in the Netherlands, which is also a big festival. I’m looking forward to that as well. But I’m wondering if it will be able to take place because a lot of festivals in the Netherlands have been canceled because of COVID again, unfortunately.

Otherwise, it’s just the shows that we have with Evanescence on the ‘When Worlds Collide” tour, which starts in March and in April. We also have some Russian shows in February, but we have to see how this pandemic is going to go, and where it’s gonna go.

I was just about to bring up the ‘When Worlds Collide’ tour with Evanescence. Do you think that any time in the future we might see a North American tour as well?

I hope so. I think that it’s something that’s on our list, but we don’t know when we’re going to go, because we did have some things cooking, but then the whole pandemic started. We still have to catch up with all these tours that are planed. All the tours and the festivals that we have planed are going to continue and hopefully, after that will be, we will come your way.

We would love to have you guys here. We’re really excited for the upcoming single and the ‘When Wolrds Collide tour,” Which I think is going to happen because everything is opening back up. I just shot my first huge festival here. I travel all over, and there are festivals opening up all over here. So I think that we will be the world stage in seeing how things go in terms of these big festivals if they continue or get postponed due to COVID.

Yeah, I totally understand. And I would love to come to America again, it’s been a while!

We can’t wait to have you guys here, and thank you for speaking with me, Sharon, do you have anything else that you would like to add or say to the fans?

Thank for you the interview, it’s nice to give everyone an update on how were doing here in Europe, and we hope to come your way soon!

Come to israel please…it will be great..

Great article, thank you for it!
Isn’t there something missing at the end? Sharron’s answer?
“We can’t wait to have you guys here, and thank you for speaking with me, Sharon, do you have anything else that you would like to add or say to the fans?” 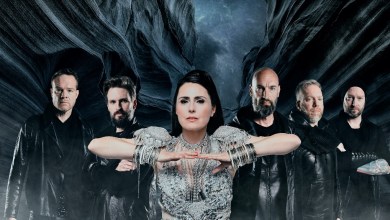 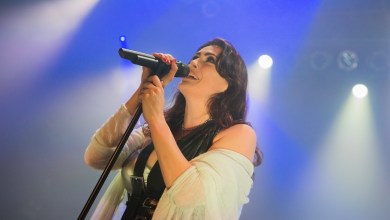 Photos: Within Temptation And In Flames In Chicago 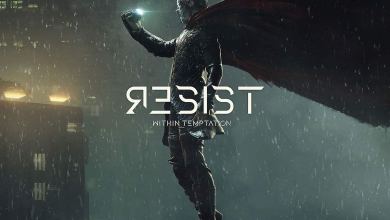