Vancouver based traditional heavy metal act Iron Kingdom, have just recently kicked off their massive “Road Warriors” tour in North America, and we have a pair of tickets to giveaway to see the show of your choice! The band is on tour in support of their new album, ‘On The Hunt’, which was released on October 4th, shortly after the band kicked off their tour.

To enter the contest, simply fill out the form below and let us know which city / show date you would like to attend. You can check out a list of dates below.

Entries will be closed after 11:59 PM EST on October 21st. We will contact the winner shortly after, who will then have 48 hours to confirm.

For more information on where you can purchase tickets, check out the band’s official website. 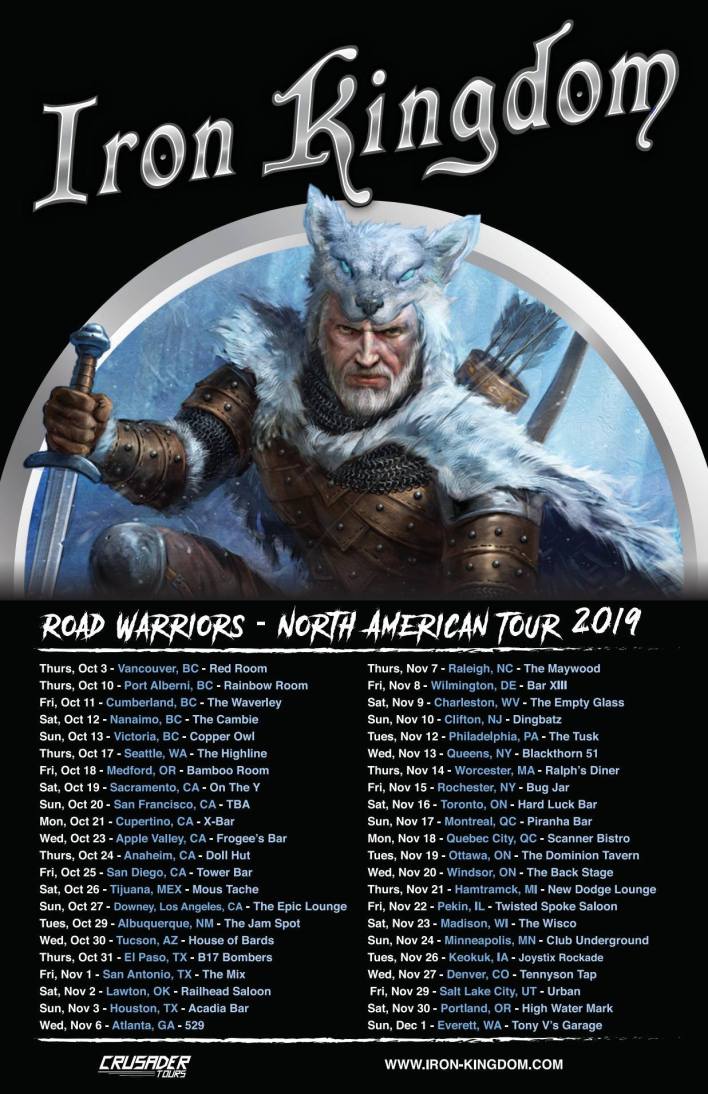 Lacuna Coil In LA - An Interview With Andrea Ferro