March is here which means spring is around the corner, and not a moment too soon. I was worried the frat boys drinking the green would misspell paddy as “patty” in the snow with their pee for this years Irish festivals. But as it turns out, the east coast snowpocalypse is done for, and Shamrock Fest 2010 has come and gone. However it was not with out a little weather trouble. But even with all the rain, a lot of folks made it down to DC for the event. Some of the bands you would be interested in that performed include: Black 47, Charm City Saints, The Tossers, Enter The Haggis, Street dogs, IcewagonFlu and a few others. And on an unrelated note I would just like to say, The Roots are way to good to be a house band for Jimmy Fallon.

The festival also hosted a number of other artiest and Djs, and some of the other attractions this year included for the first time ever at the fest, Gaelic Football, with both men and women’s teams. And If you got a little hungry, the DCGaels Irish village has 9 pubs that hosted Irish Acts and games. So you had entertainment, booze and food, living the life of a noble roman in DC. For those of you that could not step away from March Madness you could check out the games being shown on big screen tv’s. Go cats!

The event is always worth checking out if you are on the east, plus the scheduling for it every year is at a perfect time I think. There are always so many places you want to be on March 17th, so when it’s a few days before or after the 17th, I recommend Shamrock Fest. 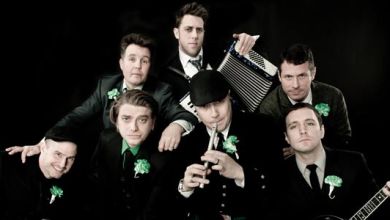